Send us a message

We’re pleased to announce that our treasured Owner, Creative Director, and Design Lead, Juliette Oliva, has joined the Pixelstrike Creative team as a full-time staff member.

Juliette’s journey began as a young artist growing up in Portland, Oregon, where she was influenced by the creative and entrepreneurial spirit of the Pacific Northwest. After developing her penchant for art, she first attended the University of Oregon followed by Portland State University, exploring a number of different majors before settling on Graphic Design. Admittedly, she struggled at first with her selected major and had difficulties grasping design concepts and rules, but eventually it all clicked and she earned a Bachelor of Arts in Graphic Design.

After graduation, Juliette began her first job as a graphic designer at Loti Corp, a manufacturer or laminate countertop edges. She was given trust and autonomy from the ownership and Loti Corp, rebranding the company, redesigning the logo, print materials, and website. After 25 years on the West Coast, Juliette packed her 2 cats, Mingus and Roscoe, into her cactus green Toyota Corolla and began her journey east.

Shortly after arriving in Richmond, Juliette began working at Southern States Cooperative as a key member of the web marketing team. In addition to redesigning the Southern States website, Juliette also managed the email campaigns including design, audience segmentation and targeting, sending, and analytics. Southern States also presented an opportunity to become familiar with project management and Juliette was also responsible for coordinating work with an outside development company. The connections she made there continue to serve her well today — Pixelstrike now provides design and digital marketing support for the Southern States team.

Following Southern States, Juliette began work as a contractor for Capital One, a Fortune 500 bank holding company with headquarters in McLean, VA. Juliette provided graphic design and user experience support to different departments during her tenure, including Card and Enterprise. In addition to her work duties, Juliette was able to travel and participate in UX Week, a premiere design conference hosted in San Francisco, where she was able to learn from design leaders, and gain valuable perspective on the industry as a whole.

Juliette and Joe founded Pixelstrike Creative in 2015 after working together at an enterprise-level corporation and realizing that their talents could be combined to equal more than the sum of their parts. They both worked long hours during the evenings and weekends to make Pixelstrike grow and prosper until finally, in April of 2019, Juliette finally took the plunge and became a full-time staff member. As co-owner, Juliette is responsible for many of the financial decisions, personnel management, and client relations, which in itself is a full-time job. Additionally, she is our Creative Director, responsible for all visual elements, not only for Pixelstrike, but also for each and every client. You can find Juliette’s design work all around town, from logos and signage, brochures, print materials, and web design.

We are all thrilled to have Juliette in the office each day — her personality and passion for the business that she founded and continues to nurture is inspiring and her work ethic is infectious. 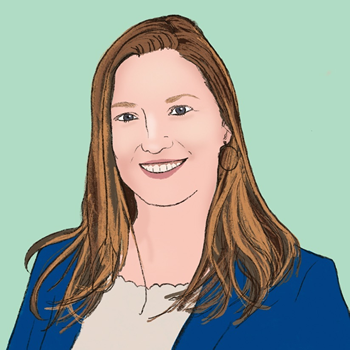 Louise Strickland joins the team with a creative background in many different industries. As our Chief Strategist, she works directly with clients to develop creative ways to tell their story. Louise is our wordsmith — from content writing to email campaigns, you’ll find her branded language throughout our recent work. In her spare time, Louise loves to travel. She’s currently working her way through all 195 countries in the world — only 185 to go!